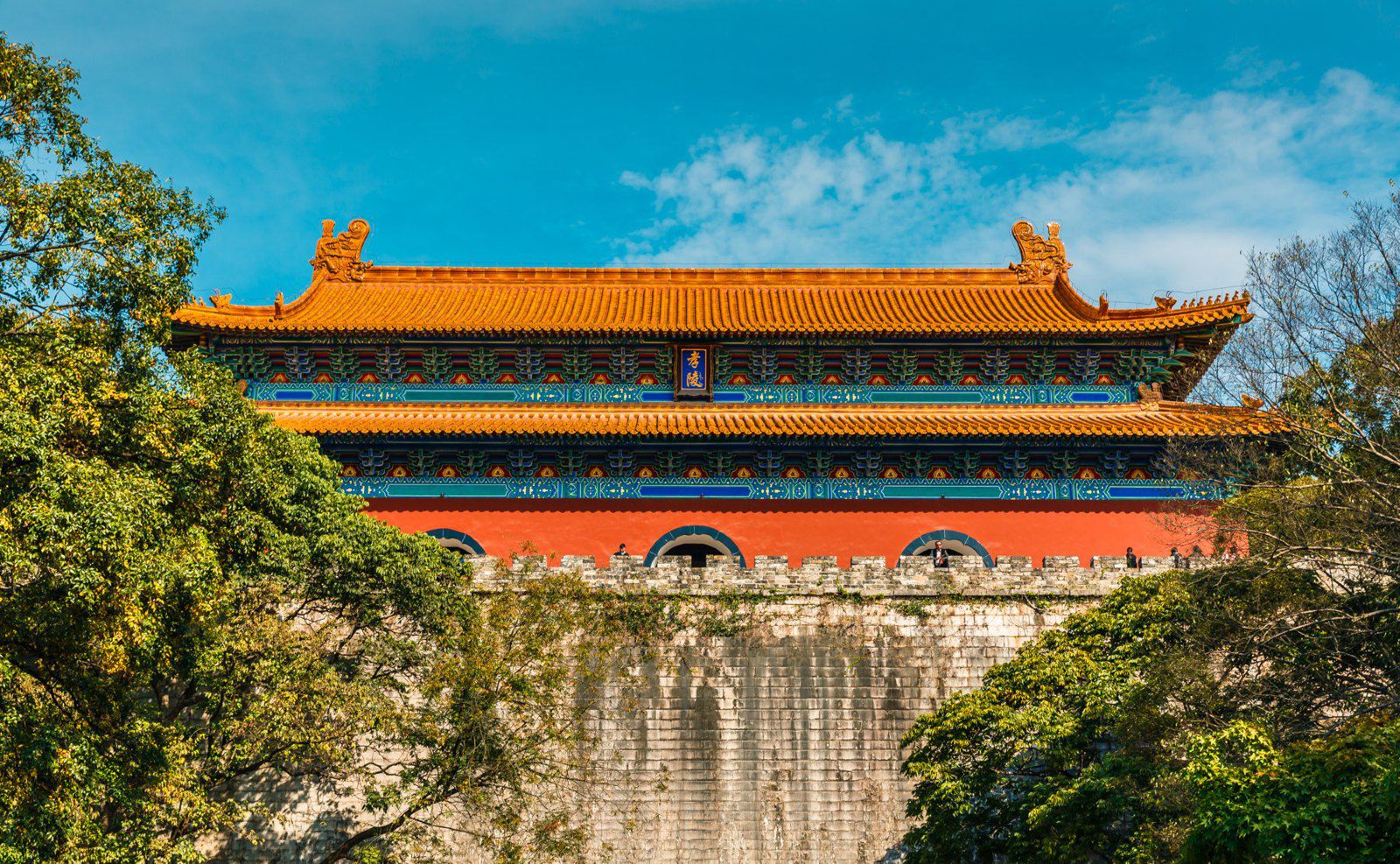 Ming Tomb is the mausoleum of Ming Taizu Zhu Yuanzhang and Queen Ma in the Zhongshan Scenic Area. The magnificent tomb represents the achievements of architecture and stone carving art in the early Ming Dynasty. It also directly influenced the shape of the Ming and Qing emperors’ tombs.

The overall layout of the tomb area is divided into two parts, one is the winding mausoleum road, and the other is the main building of the tomb, which is the burial site of Zhu Yuanzhang. The main building of Ming Tomb’s bedroom includes Wenwu Fangmen (namely the main entrance), Xiangdian, Fangcheng, Minglou, and Baoding (namely Chongqiu), which are all arranged according to the traditional central axis and built with walls. Ming Tomb’s mausoleum layout design and Fangcheng Minglou, Baocheng Baoding and other architectural forms created a precedent for the construction of the Ming and Qing emperors’ mausoleums in China, and was hailed as a milestone in the history of the development of Chinese imperial tombs.

The mausoleum road is 2400 meters long, with deep twists and turns, which changes the straight pattern of the traditional Chinese imperial tombs. And the mausoleum road is divided into two sections: Shixiang Road and Wengzhong Road. The stone sculptures on both sides are a highlight. There are 12 pairs of tall stone beasts and 2 pairs of civil officials and military generals. The stone carvings are chiseled from a single piece of stone, with simple shapes, clear patterns and exquisite craftsmanship. In autumn, the ginkgo and red maple here are very charming, attracting a large number of tourists who love photography. 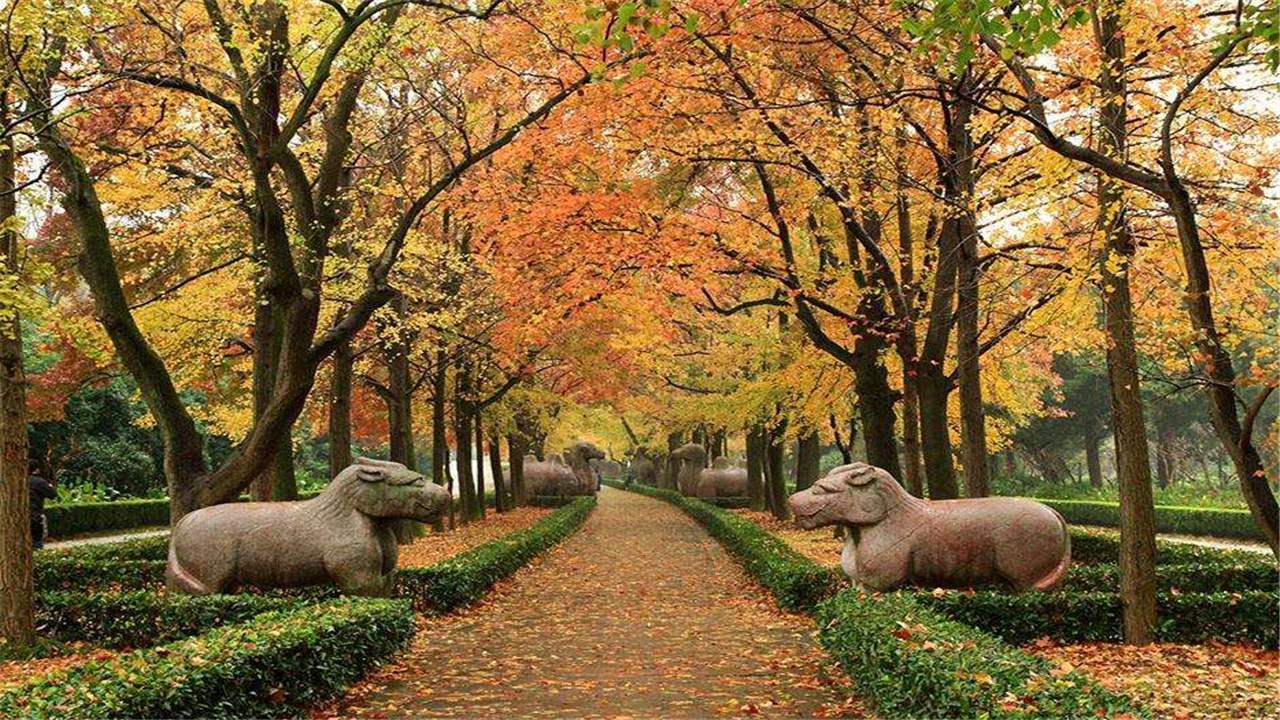 Xiangdian is also called Xiaoling Hall. It was originally the place where Zhu Yuanzhang and Empress Ma were dedicated to the gods. The original hall has been destroyed. Now it is the Ming Tomb historical materials showroom. Fangcheng is a huge building in front of Xiaoling Baoding. The exterior is built with large stones and the bottom is Sumeru seat. The Ming Tower is above Fangcheng. The original yellow-tile roof was destroyed and later repaired. Follow the trails on the left and right sides of Fangcheng to reach Ming Tower. To the north of Fangcheng is Baoding, which is also known as Baocheng, and it is about 400 meters long and is the residence of Zhu Yuanzhang and Queen Ma’s palace. Enter through the arch in the middle of the Fangcheng, you will find there is a circular arch tunnel inside. Climb 54 steps to get out of the tunnel, then outside is the southern wall of Baoding. Below Baoding is the underground palace of Zhu Yuanzhang’s tomb. No excavation was carried out.

Ming Tomb is a very nice place. The stone elephant road inside is very beautiful, especially if you go there in autumn, you can see the captivating fallen leaves. It is very worth visiting.