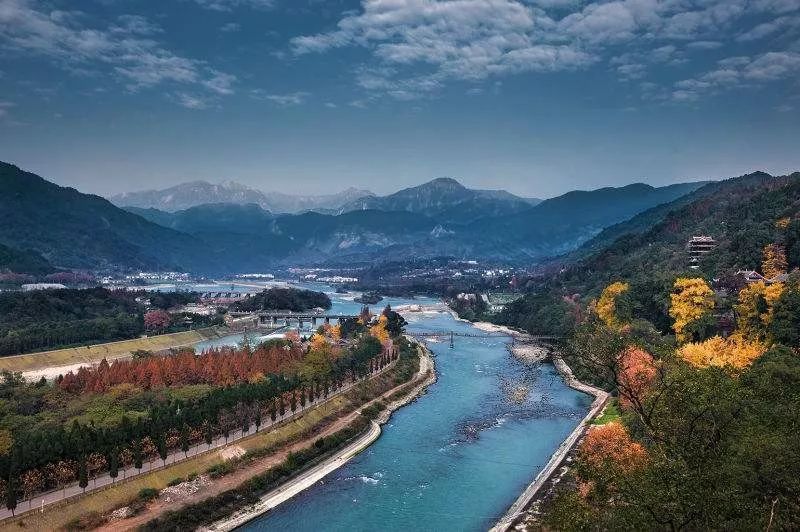 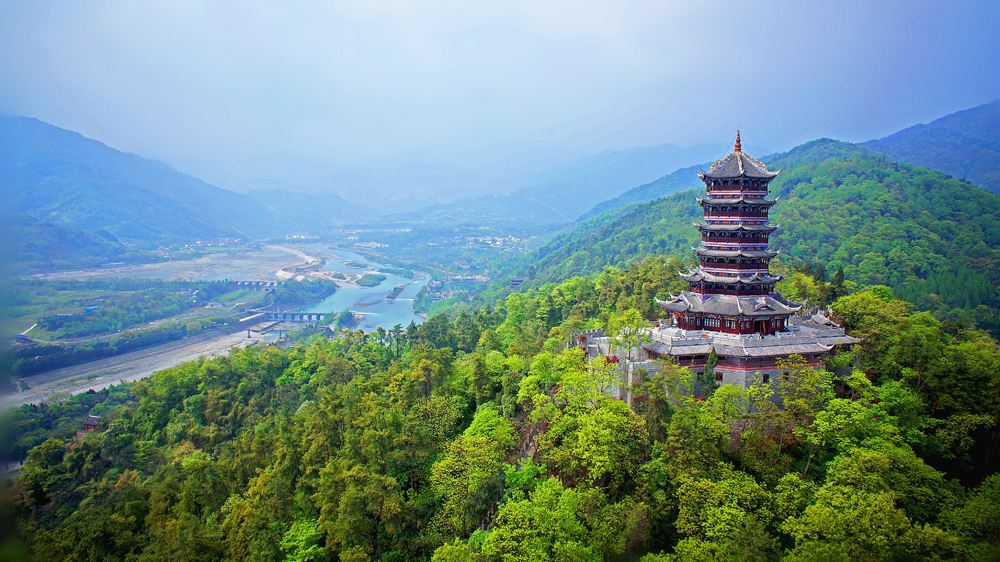 Dujiangyan Irrigation System is the greatest water conservancy project in Chinese history. It has defended the Chengdu for thousands of years and created a rich city. If you come here to travel, it is recommended to arrange a two-day and one-night itinerary, so that you can fully enjoy the Qingcheng Mountain, Dujiangyan Irrigation System and other attractions, and you will not be tired.

What is Suzhou? She is a thousand-year-old city with a long history and the most vibrant and dynamic modern city; she is the Jiangnan water village, and the vast and beautiful Taihu Lake; she is a world-class exquisite garden and the traditional dwelling; she is the first mountain Tiger Hill, and the Hanshan Temple; she is Kunqu opera, criticism, silk and Su embroidery.

Suzhou is one of the eight major scenic tourist cities in China, with beautiful lakes and mountains and rich cultural landscapes. There are 538 cultural relics protection units, including 34 at the national level, 85 at the provincial level, and 18 national intangible cultural heritage. The ancient city of thousands of years, ancient towns of water villages, classical gardens and the scenery of Taihu Lake are the biggest features of Suzhou tourism.

The ancient city of Suzhou was built in 514 BC, and it has been more than 2,500 years ago. The ancient city covers an area of 14.2 square kilometers. It is located in the water network. The streets are built along the river and the buildings are built next to the river. Up to now, it has basically maintained the double chessboard pattern of “parallel land and water, adjacent river street”, forming front lanes and back rivers.

Suzhou Garden is the pride of Suzhou people. There are more than 60 well-preserved classical gardens. Among the four famous gardens in China, there are Humble Administrator ’s Garden and Lingering Garden in Suzhou. Humble Administrator ’s Garden, Lingering Garden, Huanxiu Villa, and Net Master, Lion Grove Garden, Garden of Cultivation, Lotus Garden, Pavilion of Surging Waves, Retreat and Reflection Garden are included in the World Heritage List by UNESCO. 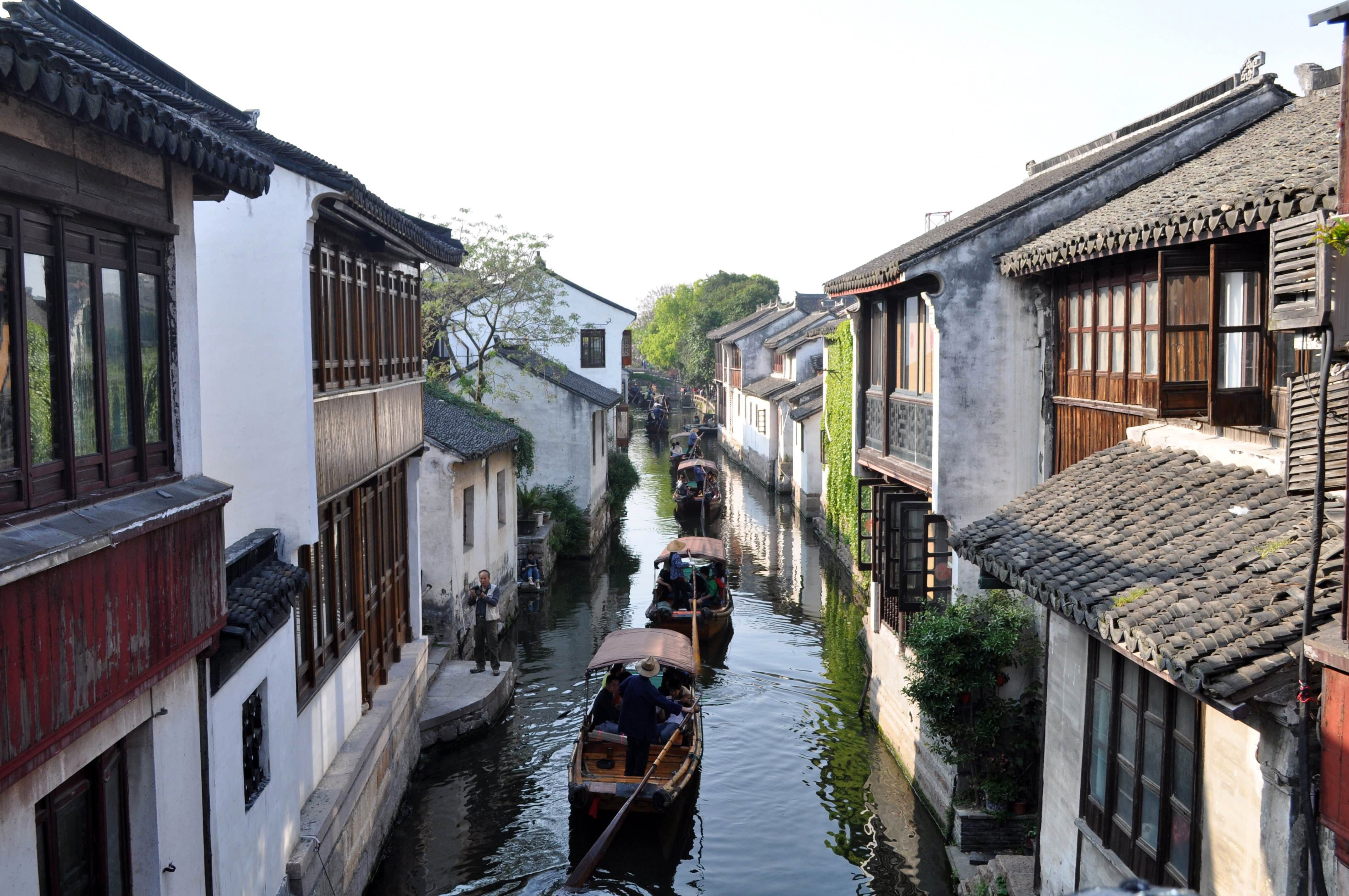 The ancient water towns in Suzhou are a model of Jiangnan water towns. Among them, Zhouzhuang, Tongli, Mudu, Jinxi, Jiaozhi, and Fengqiao are typical. These ancient towns retain a large number of Ming and Qing dynasties’ old houses, quaint street markets, long water lanes, winding rivers, clear water and light bridge shadows, and the water village style of “the sedan walks through the door, the boat passes at home” are true portrayals of the ancient water town of Suzhou.

Fragrant Hills Park is located in the western suburbs of Beijing. It is a royal garden with mountain forest features. The park is lush and there are many monuments hidden in the forest. It is a viewing spot and natural oxygen bar in Beijing. The “Fragrant Hills Red Leaves” is the highlight of the scenic spot every autumn, and it is well known in China.

Fragrant Hills Park is a great place to feel the golden autumn of Beijing. Every year in the golden autumn season, after the baptism of severe frost, the cockles are all red, and they dye the whole Fragrant Hills to red. Among them, Senyuhu, Yuhuaxiu and Langfeng Pavilion are all great places to view the red leaves. And after the snow in late autumn, the rolling hills are wrapped in silver, and a piece of white is dotted with patches of red haze.

Fragrant Hills Park was founded nearly 900 years ago. As early as the Yuan, Ming, and Qing dynasties, the royal family built the palace in Fragrant Hills. Every summer and autumn, the emperor had to hunt and cool down here. There are many cultural relics and monuments in the park, and pavilions are scattered among the mountains and forests. The temples with the architectural styles of the Ming and Qing Dynasties are not to be missed. In addition, the Shuangqing Villa on the southeast slope of Fragrant Hills Temple is also a must-see. 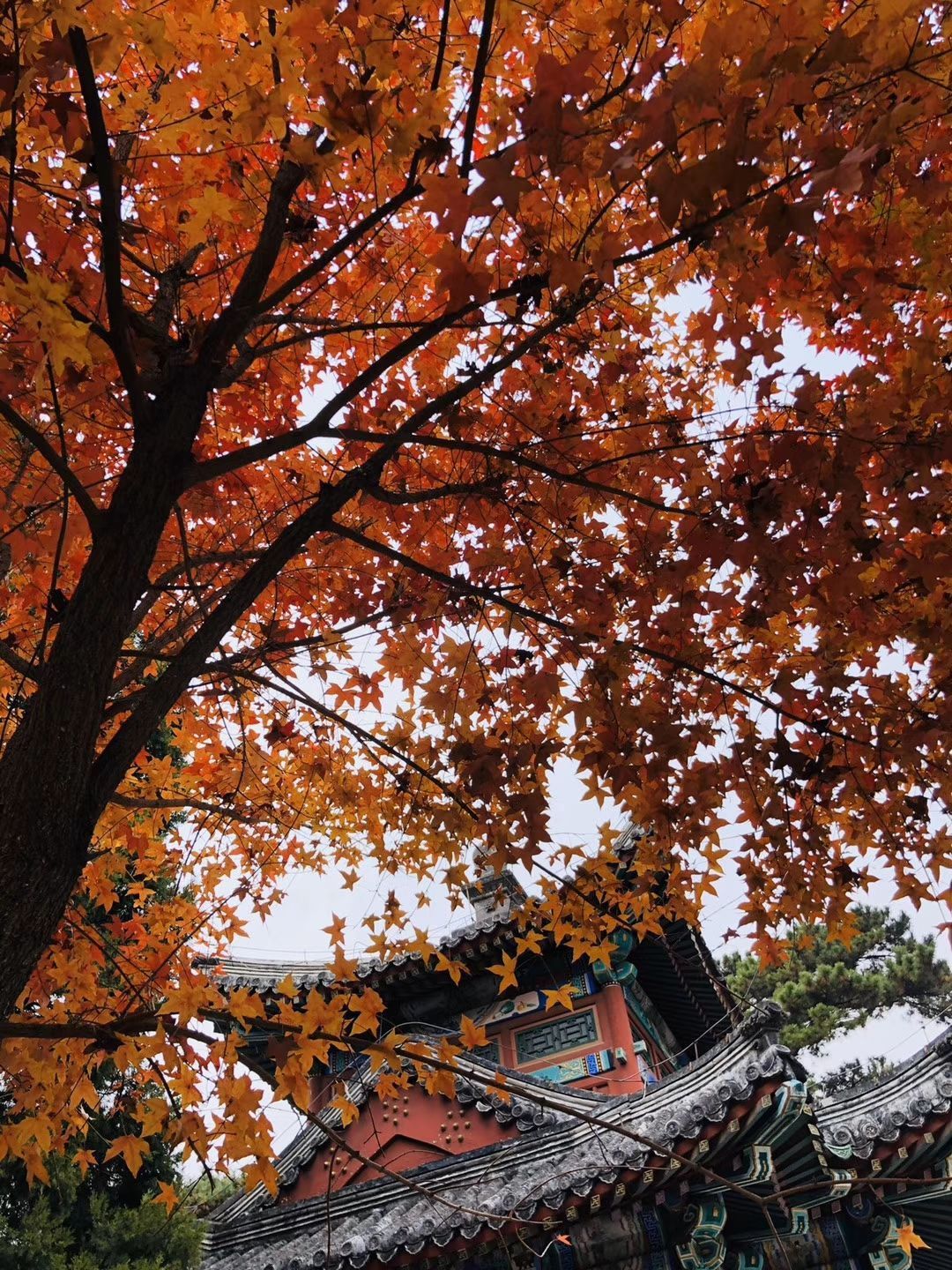 Special Tip: The best time to visit Fragrant Hills to see the red leaves is from mid-October to early November, which lasts about a month. During this period of time, the annual Fragrant Hills Red Leaf Festival is also launched here.