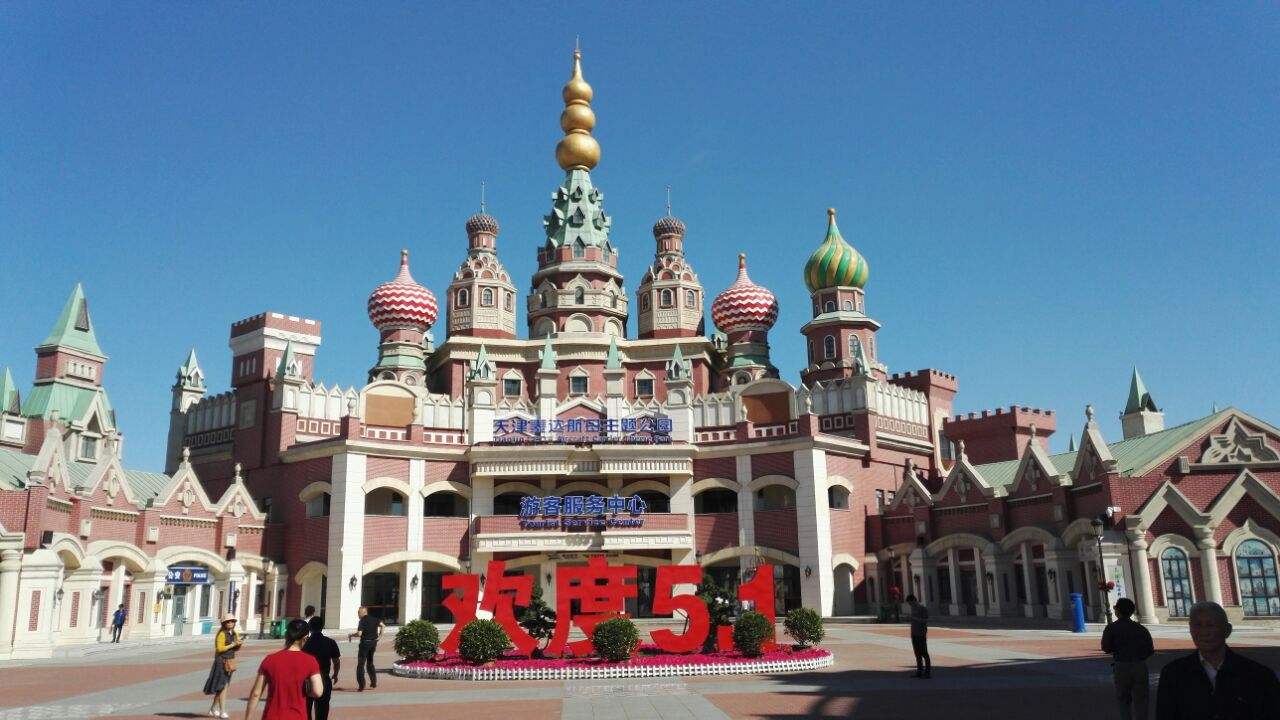 The park is close to the sea, and the huge aircraft carrier docks on the sea next to the square. The park area is not large. You can walk and play after entering the scenic area. It takes about half a day to visit the scenic area and watch the performance. There are many Chinese and Western restaurants and several cafes in the scenic area, where you can eat and rest, but the price will be higher than outside, you can bring your own food to enter into the scenic spot.

Entering the scenic spot from the parking lot which is located on the south side of the scenic spot, you can first see a piece of Russian characteristic architecture, here is the Russian style street. The street is about one or two hundred meters long. The roads and houses are brightly colored. There are several Russian western restaurants, cafes, and shops that make and sell Russian dolls and other handicrafts. If you are lucky, you can see the production process of the dolls.